The Onni Report: Summary of the 2018 Real Estate Forecast

Each year, MLA Canada releases an annual Market Intel real estate report that includes a review of the past year, current market conditions, and a forecast for the coming year. With the recent release of the the 2018 report, we’ve summarized the trends of 2017 and what’s predicted to come!

While 2017 did slow down compared to 2016, it was still a very active year in Canadian real estate. The Lower Mainland led the nation at almost 15 per cent in price escalation. With a sales to listings ratio of over 60 per cent, the condo market has continued to operate at a fast-paced rate. The price of single-family homes led buyers to gravitate towards townhomes and condos, moving the detached market to a balanced condition. 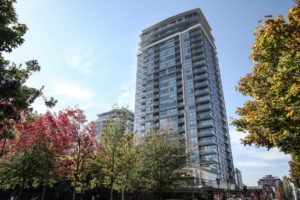 In the heart of Central Lonsdale, CentreView was one of North Vancouver’s most anticipated communities in 2017.

BC’s growing economy keeps the province at the top of the provincial growth rankings for the third consecutive year, although this is expected to decline in 2018 due to a slowdown in the housing market.

Looking forward, the MLA Advisory anticipates a stable and positive year in 2018. They are foreseeing a steady supply and slower price growth for pre-sale developments, with price escalation normalizing at 8 to 10 per cent. GDP, job growth, consistent population and housing starts, and nominal interest rate changes are expected to maintain consumer confidence and natural flow of investment. However, uncertainty around government policy intervention to cool housing costs, as well as changes to NAFTA could pose a threat to this stability.

Continuing from 2017, condos are expected to lead the market due to affordability. While Burnaby is expected to be the most active concrete market, both North Vancouver and New Westminster will see a large increase in 2018. 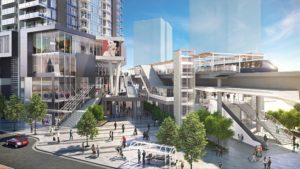 Built on top of its own city centre, Gilmore Place is Burnaby’s most anticipated master-planned community.

In summary, while 2018 is expected to see a relative slowdown, it will still be a strong and active market, encouraging developers to ensure optimum product type and unit mix for success.