The Benefits of Buying and Living Near Transportation Hubs

Sure, Vancouver is one of the most walkable cities in Canada — if you’re in the heart of it. But what about everyone who lives in Metro Vancouver and commutes every day? When you’re deciding where to live or buy, transportation is a key factor to consider. With so many transportation hubs in the city, living near one can make your life easier, more affordable, and environmentally friendly. The convenience of having transit at your doorstep has benefits for both investment purposes and as a way of life. 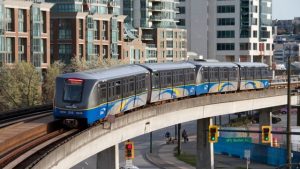 Recent years have seen the expansion of single-family subdivisions, a revival of historic cores, and a conversion of industrial lands into multi-family village centres. The Tri-Cities, made up of Port Coquitlam, Coquitlam, and Port Moody, make up 12 per cent of the region’s population, a 7.2 per cent increase since 2011. Homes in these areas have become even more attractive with the extension of the Evergreen line, connecting Port Moody and Coquitlam to Downtown Vancouver. The area is under a condo construction boom, with numerous transit-oriented developments built or underway. 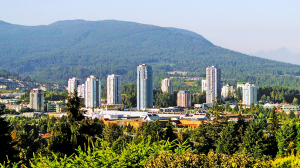 If you’re in the market to buy, purchasing near a transportation hub is a smart investment opportunity. Both residential and commercial property values increase when they are developed near transit.

It’s clear that real estate located near transportation is more sought after, making it worth more. A recent study in Toronto shows that property located close to a subway station sold for 30% more than properties 500 metres or more away. And with prices on the rise, this can only be good for long-term investment.

Then there’s the benefit of actually using the transit. Owning a car is no longer a necessity, as commuting by skytrain or the West Coast Express is more economically sustainable and time efficient. You’ll save money on gas and parking, and avoid the frustrations of rush hour.

Depending where you live, several transit options will take you Downtown Vancouver in 30 minutes or less. For example, the expansion to the YVR Airport cut the trip from downtown down by 3.5 times to 23 minutes, and on any given weekday it carries an average of 122,000 people.

According to SNC Lavalin, when parking fees and the social costs of congestion and air pollution are accounted for, public transit commuting is a third to half as expensive as the automobile in 10 major Canadian cities. On Average, transit reduces vehicle-operating costs for Canadian households by about $5 billion a year.

From the city to the suburbs, we are currently selling condos and townhomes located near some of the most well-connected transportation hubs in Metro Vancouver. For more information, contact our sales team to find a home that best suits to your needs.